A good mixed perennial garden contains a trip around the world – or at least across a continent or two. Today’s tour guides: a native that sounds exactly like where it came from, and an immigrant whose name bears echoes from long ago and far away.

Here’s a case where Latin and common names mean precisely the same thing. This fall-flowering plant was first collected in the original northeastern American Colonies and shipped home to Europe, where the era’s botanists lumped it in with Old World asters.

Older varieties can stretch and even topple from the weight of their flowers if not cut back early. Not these! Our three offerings form shapely, refined, robust mounds with no pinch needed. 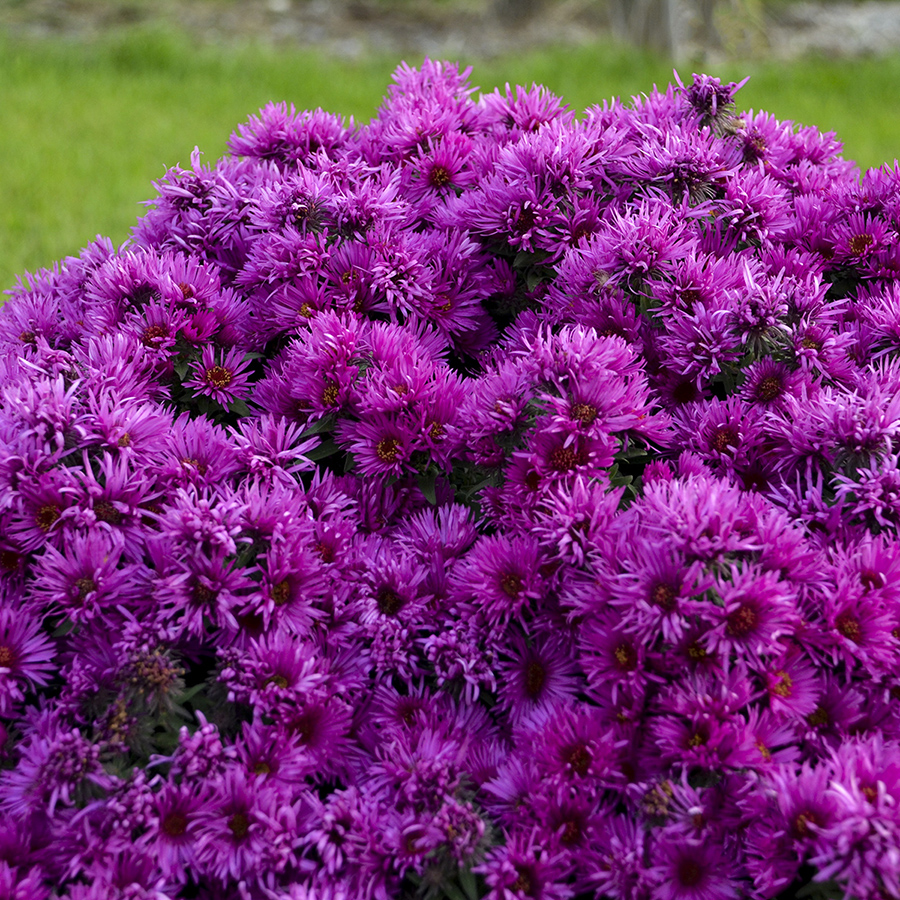 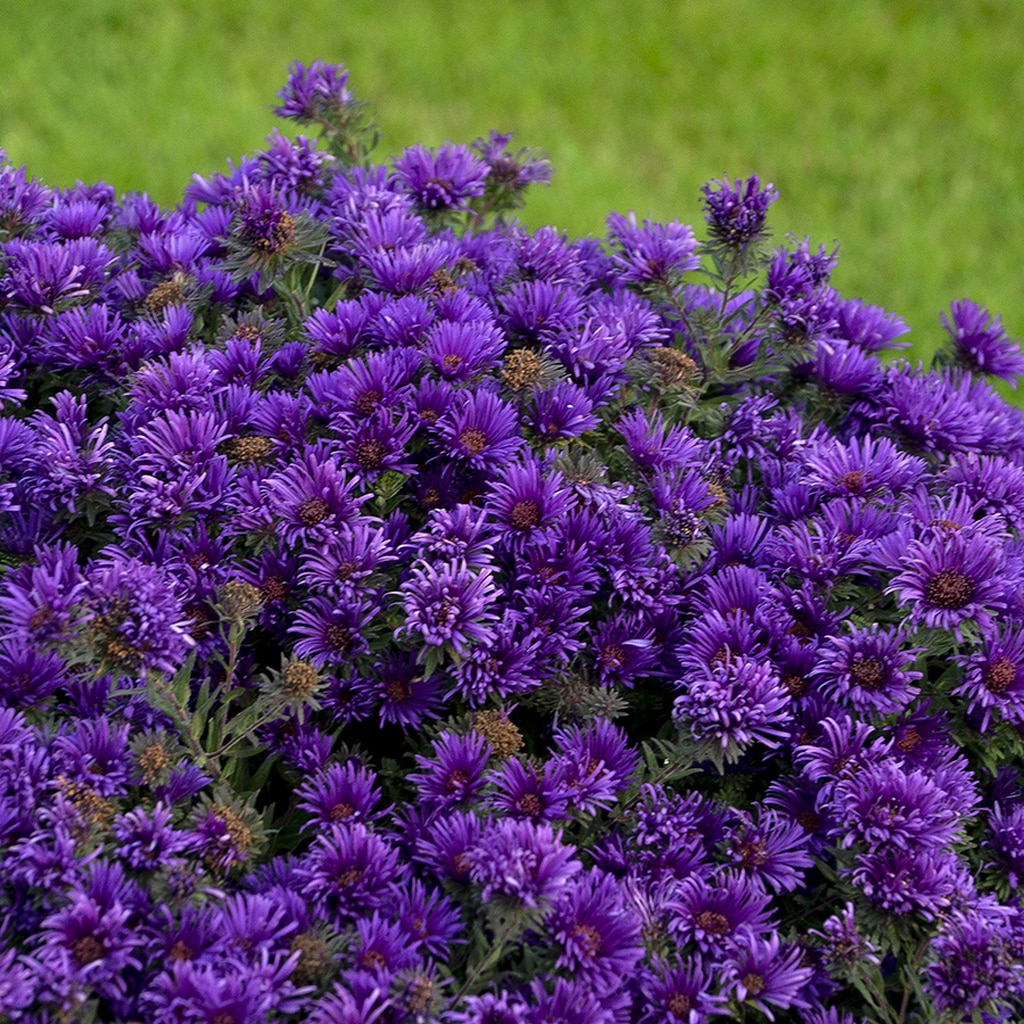 ‘Purple Dome’ has proven its mettle for a couple of decades now. It was introduced by Dr. Dick Lighty, erstwhile Director at Mt. Cuba Center, where natives rule. Stays short and bushy and flowers its fool head off. Height 18 - 24”. Hardy in Zones 3 – 9.

Not-So-Fun Facts: “Aster” is Latin for “star,” the definitive flower shape of the family Asteraceae. Then came the “Aster disaster” of the late 20th Century, when taxonomists shattered and scattered the huge genus into 14 new tongue-twisting genera. Today’s subjects are now properly known as Symphiotrichum n.-a. But we don’t mind if you keep calling them asters. Everyone else does.

This familiar fuzzy fellow has been a staple of the perennial border for generations. But the specific epithet byzantina goes back millennia, to ancient Byzantium, now Istanbul, Turkey.

Fun Fact: “Byzantine” has come to mean highly ornate or complex, hallmarks of the art, architecture and ornament of the Byzantine Empire. It’s not always meant to flatter, as when it’s used to describe overly confusing government regulations. 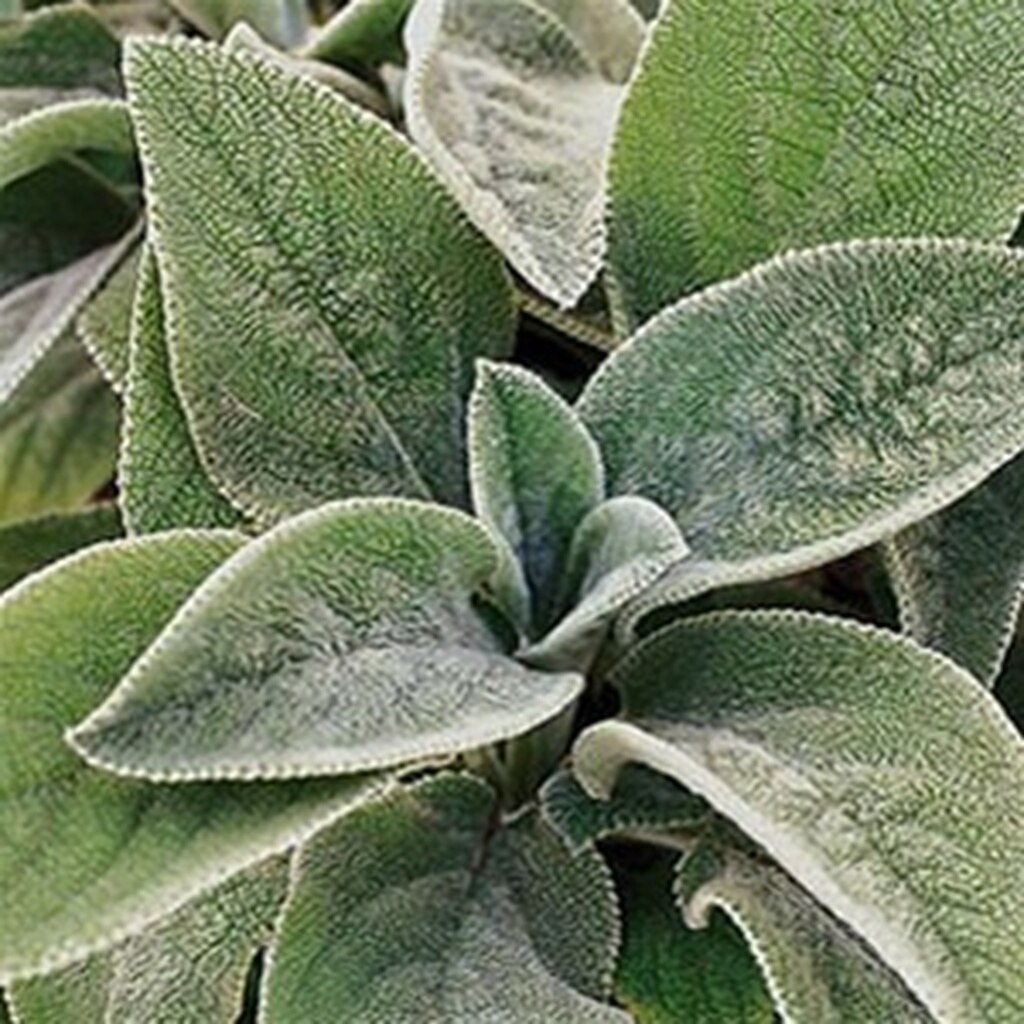 Helene von Stein’ is named for a famed German nurserywoman. It’s a.k.a. ‘Big Ears’ because its woolly leaves are twice as large as the straight species. It seldom blooms, and that’s okay. Height 10 – 12”. Hardy in Zones 4–8.

‘Silver Carpet’ keeps a lower profile and is also prized for its reluctance to flower – a fault in some species, but a plus in this one since the blooms are no beauties to behold. Height 8 – 10”. Hardy in Zones 4 – 8.

Great plants come from all over. Keep your passport handy for more “Where In The World?” garden journeys from Emerald Coast Growers – the easy choice!